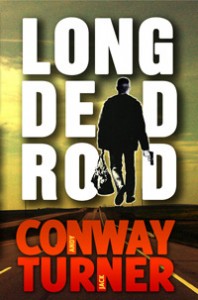 No one gets to walk away…

Keller is out of jail after eight years, and he’s going to take down everyone who put him inside.

An ex-war hero who ended up a career criminal, Keller walks out of prison and sets off on a killing spree the length of Britain delivering vigilante justice on the men who framed him by putting an under-age girl in his bed.

Leaving a trail of destruction in his wake from London to Birmingham to Manchester to a remote Scottish fishing town, he finally takes on a secluded farmhouse guarded by a small army of tooled-up criminals from all over the country, assembled for a ten-million pound drugs drop.

But is it about revenge or the money? Or is it all about the girl?

An explosive and brutal crime thriller that will leave you wanting more, Long Dead Road is a thrilling new entry in the British noir canon.

Buy it now in ebook and paperback at: